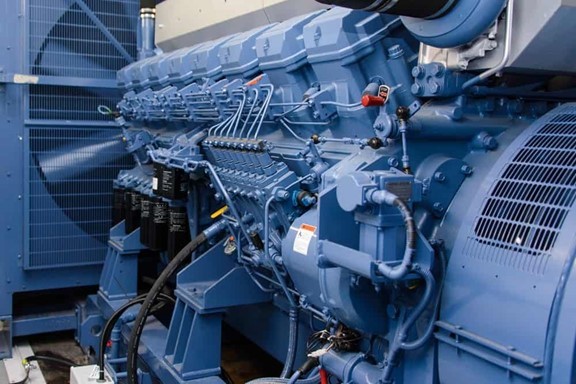 A prime generator set is any standard genset that is used as the primary power source for the equipment it is powering. Generators that are intended for prime operations are designed to run for long periods of time (even 24/7 if required) provided that the load is constantly varying between 50% and 100% of the generator’s prime rating.

In an ideal world, a generator should not be run at below 50% of its rated prime load. This is what’s known in the industry as light or low loading. Low loading should be avoided wherever possible because it can cause the engine to not burn fuel properly. This will lead to a build-up of unburnt fuel and soot in the exhaust which in turn will decrease efficiency and could even damage the generator.

If you own a diesel generator and have been running it at low loads for extended periods of time, then we suggest having your genset load bank tested every year.

Should you need to slightly overload your generator, prime rated generators can be run at their higher standby rating for a short run time, which is typically 1 hour in any 12 hour period. However, the standby rating is the absolute maximum power which can be drawn from a machine.

A standby or emergency power generator is one that is installed in a stationary location to provide backup power in the event of a power outage. Although there is a difference between prime and standby power in the use cases, most generators are capable of being used for either.

For generators that can be used for prime and standby power, the standby rating is typically higher than the prime rating. This is because the generator is designed to be able to run at 100% of its prime rating, however it can be overloaded up to its standby rating for 1 hour in any 12 hour period.

Standby generators are only intended to be run 1 hour in 12 because they are designed to provide backup power to essential equipment and services for a short period of time whilst mains/utility power is restored. If paired with an Automatic Transfer Switch (ATS Panel), the generator will automatically shut down once it detects that mains power has been restored to the building.

Generators for standby use are forever increasing in popularity due to the ease of which a storm or severe weather can cause power cuts for homes or businesses, and should be sized to average 200-250 hours per year.

This makes backup generators extremely useful for situations where there is a possibility that mains power can be lost. For critical organisations such as hospitals and data centers, a power outage is simply not an option. Other uses for a standby rated genset also include commercial, residential & industrial.

Difference Between Prime and Continuous Power

For more information, or to discuss your power requirements with our team of experts, call us on +66 02 168 3193-5, email us at marketing@multiphase-corp.com or chat with us via line id : @multiphasepower