History of the Generator

The present or modern-day generator has its roots placed well in history, and it goes back to an apparatus used by Michael Faraday in 1831. Faraday was a British scientist, chemist, and a physicist. The apparatus he used was very simple and consisted of a bar magnet, a coil of wire, and a tube that was made of neutral material.

This British scientist and physicist then connected the equipment that he built to a galvanometer which serves the purpose of detecting electrical currents. Once he attached the two, he noticed that every time he moved the magnet back and forth through the coil wire, the needle of the galvanometer kept moving with it. It moved even when the magnet remained stationary in its place.

This interesting observation led him to the conclusion there was possibly electric current flowing through the coil of wire. Sometime later, after having arrived at this conclusion, Faraday created the Faraday Disc. This was considered to be the first ever electromagnetic generator.

Soon after that, many other scientists followed suit and built numerous electrical devices that ran with electric power and helped in times of power failure. During the 1980s, several companies like General Electric and a few others sprung up, and they were at the forefront of generator production, manufacturing, and design.

There is a variety of generators available for commercial purchase, some of which are specially designed for households while others are meant for industrial purposes. These are some of the most common and popular types of generators, and each of them has their own unique and specific features, qualities, uses, advantage, and disadvantages. 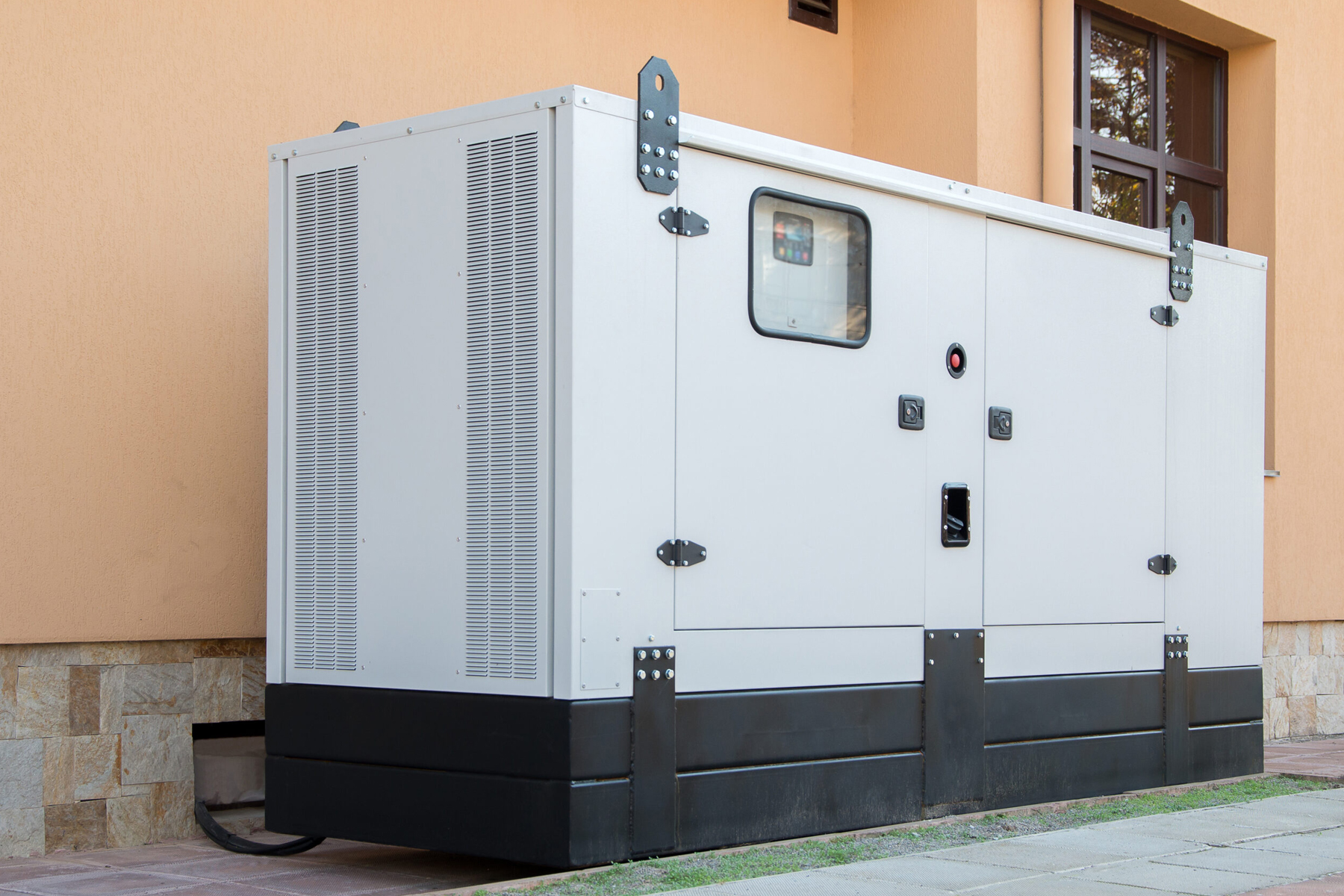 Also known as diesel genset, diesel generators run through diesel fuel which is one of the least flammable of all the fuel sources. This generator uses a combination of a diesel engine with an electric generator in order to produce electrical energy. Although most diesel-compression ignition engines are primarily designed in a way that they best run on diesel fuel, there are some types that work really well with natural gas or other liquid fuels.

Diesel generators are best known for their increased durability, lower maintenance levels, and incredibly long life. Since diesel fuel burns much cooler as compared to gasoline, it greatly reduces the heat and the excessive burden on the engine. These generators are also super efficient and have a higher energy density in terms of producing power that is lower in cost.

One of the best things about diesel generators is that they are highly affordable to operate. As long as they are well-kept and properly maintained, they are likely to last for a long time even under rigorous and heavy use.

This is one of the most efficient and widely used means of generating power and electricity. Natural gas generators work in a very similar fashion to other types of generators. They use either liquefied petroleum gas or propane to produce energy. The best thing about natural gas is that it can be stored very easily in above or below ground tanks, which makes these generators highly durable.

Natural gas is one resource that is readily available which, in other words, suggests a virtually endless supply. These generators hardly ever run out of fuel primarily because natural gas lines are basically run to the site of the operation. Some of the major reasons contributing to the popularity of natural gas generators include how inexpensive the gas is as compared to other non-renewable fuels, how clean it is – it is easily one of the cleanest fossil fuels when burnt. Apart from being cheap and clean, natural gas generators significantly reduce costs when they are used as power sources in households. The main reason behind this is that when you use electricity from the main utility source, it doesn’t leave you with a hole in your pocket 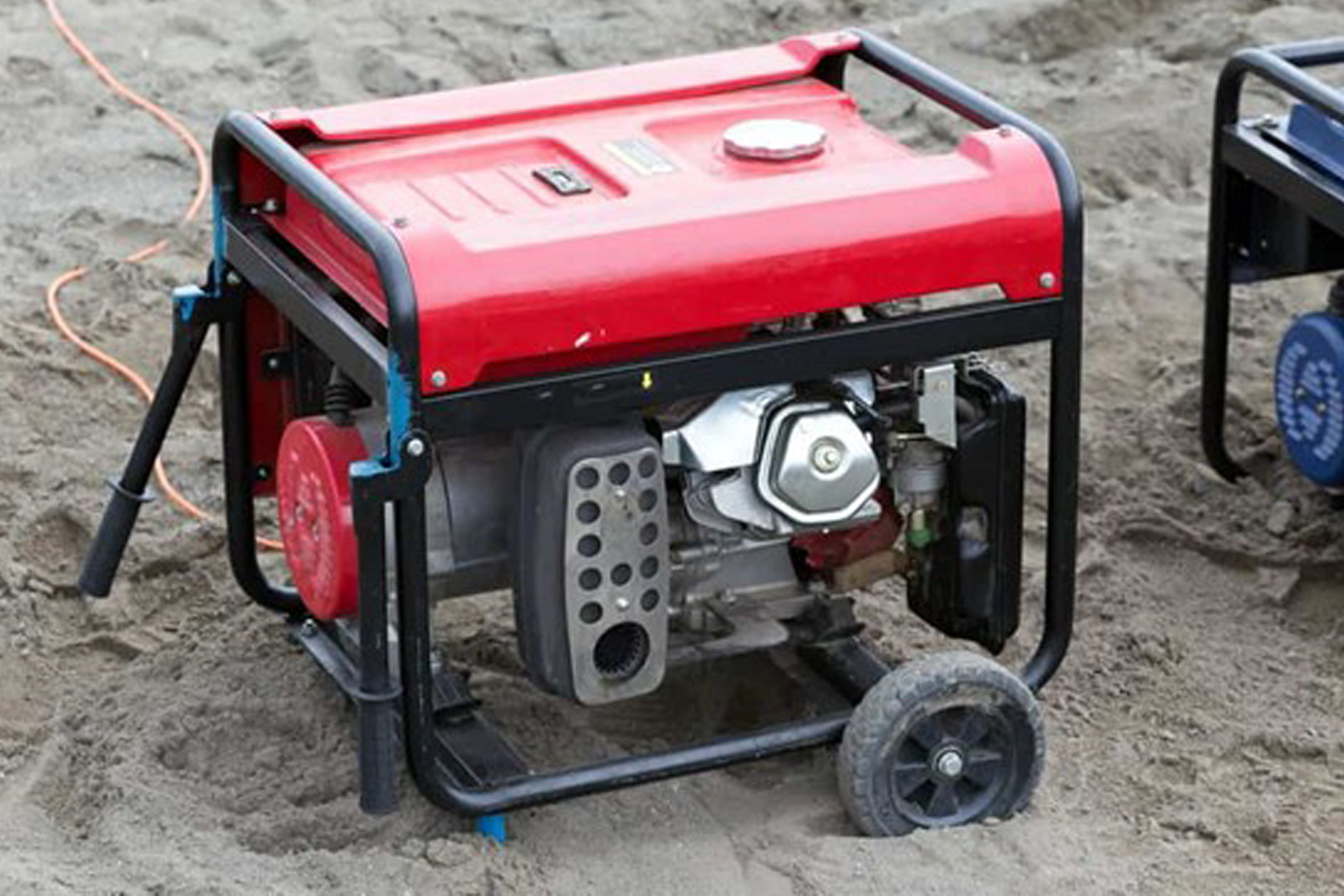 Also called gas generators, these are probably the most common among all types of generators. The main reason behind their commonness and popularity is that they are powered with the help of gas, and gasoline is always readily available. These generators are also towards the more reasonable end of the price spectrum, which places them at the low-end of the cost scale. There is a downside to it, though, which is that gasoline may not be available during electricity and power shortages because it’s acquired with the help of electricity.

These generators are usually available in small sizes, which make them highly portable. Portability is, after all, their distinct advantage over other types of generators. Their small size also makes them really compact. Depending on their power output, you can easily move gasoline generators around according to your needs and requirements.

Some key uses of gas generators include for home use, campsite, on job and work sites and various other purposes. Their cheap price tags also make them the common and most preferred type of generator in different construction jobs. On the downside, gas generators tend to be really loud, and they produce a very disturbing kind of noise. Also, if you use their portability feature too much, they will require high and almost regular maintenance if they are to last long and show increased durability.

Gasoline generators are the best choice if you don’t require a lot of power. If, however, you need to install one in your home, it is best to go for a standby gasoline generator. They have the potential to provide a high output, and they also produce really less noise and gas pollution.

Also known as “backup generators” or “emergency power systems,” standby generators are an electrical system that operates automatically. These generators may run on diesel or gas, and they have a large external tank that lasts them for at least 48 hours before the need arises to refuel them.

In terms of the physical system unit of these generators, standby generators have a robust commercial engine that is attached on a skid. The skid has a radiator, a large alternator, and an onboard fuel tank. A standby generator has an automatic transfer switch that allows it to power a device when there is a loss of power or when the electricity goes out.

Some key characteristics of standby generators include automatic operation, delivery of permanent power protection, and the use of an internal combustion engine. They have two key components, which are a standby generator and an automatic transfer switch. These generators have the ability to sense or detect power loss within a matter of only a few seconds, and they respond almost immediately so that the whole duration of power loss is actually very brief. Some common uses of standby generators include safety systems in elevators, fire protection systems, standby lighting, and life and medical support equipment. 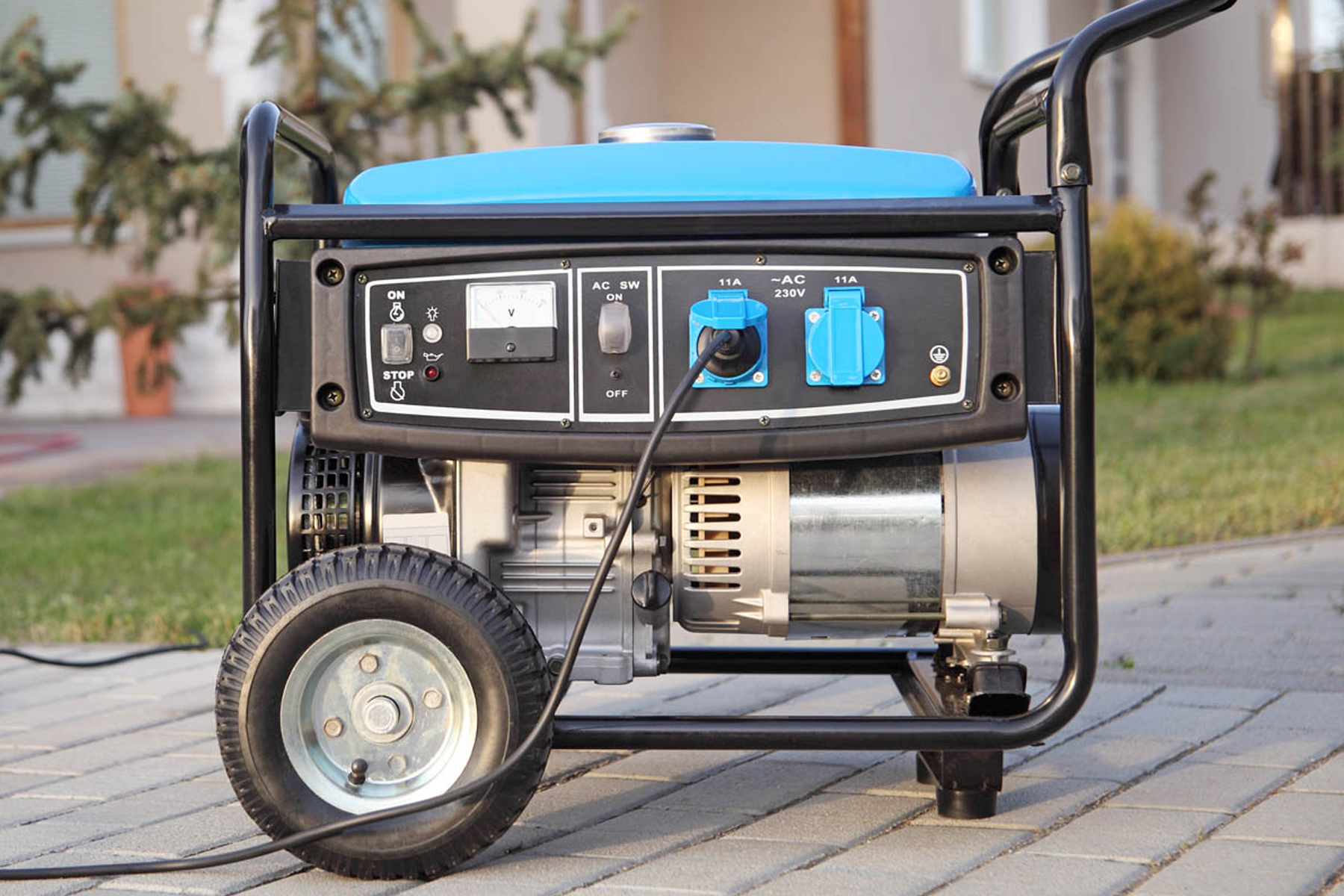 These are mainly powered by gas or diesel and are an excellent option for producing temporary electrical power. Some of their key characteristics include the use of a combustion engine that helps produce and conduct electricity. They can also be used in remote sites and have enough power to run televisions, freezers, and refrigerators.

The engine in portable generators turns a small turbine, which then creates a certain amount of usable electricity. There are two ways to use a portable generator. Firstly, it can be professionally wired into the sub-panel of a home. Secondly, you can plug all your tools or any electrical appliances directly the power sockets of the generator.

Portable Power Supply generators have a great many uses, and they are mainly used by construction teams on remote sites in order to give power to the tools and lights. Many businesses and house residents also use portable generators when they are left without power for a short amount of time. They majorly use these generators to keep the vital appliances powered and running, for instance, refrigerators, phones, lights, etc.

These generators are extremely interesting, considering how they use the radiating energy of the sun for power. Solar power is undeniably one of the simplest forms of energy that can be found around us. Solar generators primarily work by using solar panels to help capture the energy from the sun. This energy is then used to charge a battery in the generator. The charge stored in this battery is then used to produce electricity. Since most appliances in today’s time use alternating current, the inverter in the solar generator first changes the power into this type of current before its full extraction.

If you were to get down to the basics of a solar generator, it is basically a small unit with interconnected components inside. It has three key parts. These parts are the batteries, the inverter, and the charge controller. All these components together work towards transforming solar energy into electrical energy. Once the solar generator is fully activated, it gains energy from solar panels that, in turn, derive energy from the sun. After that, you can use that energy to power anything you want. The one important thing to know about solar generators is the amount of time they require to fully charge. A full recharge for these generators is almost eight hours of direct sunlight.

Generators have always been referred to as loud and bulky electrical tools; however, with the invention of inverter generators, that perception has greatly changed. These generators use an engine that is connected to an alternator, as a result of which, it produces AC (alternating current) power. This AC power is then converted into DC (direct current) power by these generators with the help of a rectifier.

As compared to the conventional generators, inverter generators offer many advantages to its users. They are exceptionally quiet and hardly produce any noise during operation. They are also 20 percent more fuel efficient, and they produce the kind of electricity that is safe to use for sensitive electronic gadgets and equipment like smartphones and laptops.

Some key characteristics of inverter generators include the use of high tech magnets and advanced electronic circuitry. These generators go through three key phases in order to produce electricity. Firstly, they output the AC after which they convert it to DC, and lastly, they invert it back to AC. A great feature of inverter generators is that the speed of their engine adjusts itself according to the amount of power that needs to be used. This makes it extremely energy efficient – even more than the other types of generators.

Inverter generators were initially marketed to fishermen, hunters, and campers in order to help them bring the comfort of home into the outdoor space. After that, these generators started to gain significant popularity in the construction industry since they helped workers work long shifts without being disturbed by noises and sounds that are characteristic of other conventional generators.

Every type of generator comes with its fair share of advantages and disadvantages, as well as distinctive features and uses. Your decision of which generator to get entirely rests on your needs and requirements. All you need to do is weigh up their pros and cons and also assess your needs in order to make a well-informed decision.